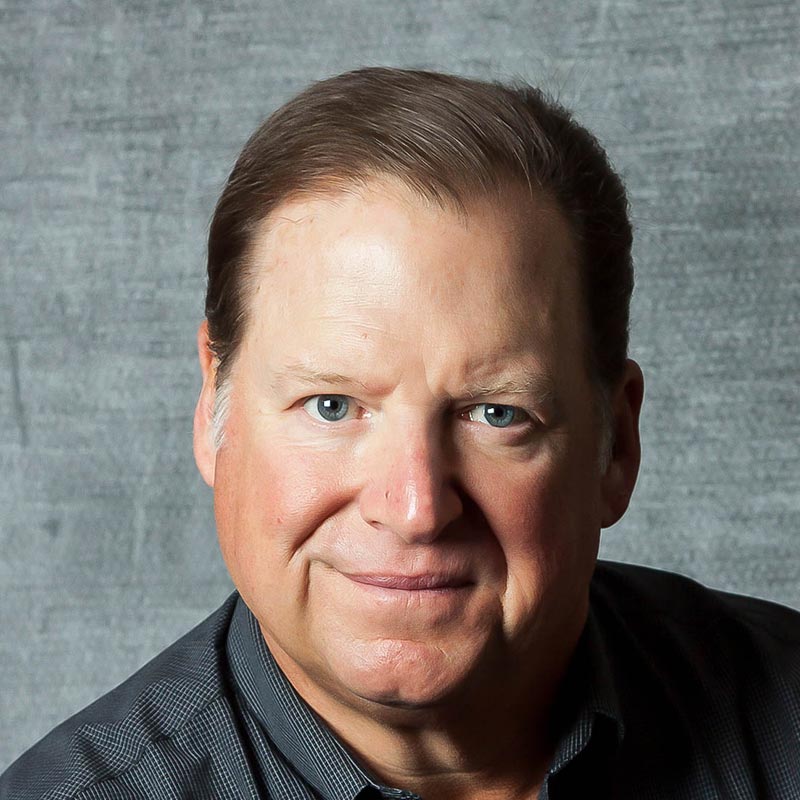 “Dying is easy. Living with a brain that disappears is not. I had a choice: accept defeat or fight back.”

This is the epiphany Chip Scholz had when lying in a hospital bed shortly after suffering from a stroke a few years ago. He knew that in order to keep moving intellectually, he must keep moving physically. Using this realization as a catalyst for personal change and growth, Chip fought back. He lost 110 pounds, became more active and made a full recovery. Chip’s growth is directly connected to his mindset. This experience inspired one of his many mantras: failure is not an option. It’s a mantra some of Chip’s most successful clients have wrapped their arms around, too.

Chip is a master at working with executives on a strategic level. Through services including CEO and executive coaching, leadership development, strategic planning and hiring, individual assessments, and educational event facilitation, he makes businesses stronger. He doesn’t meddle in production or get lost in political or spiritual weeds. Instead, he relies on a utilitarian approach. Scholz & Associates clients are experts in their chosen fields. He is also a nationally recognized speaker and author of Masterminds Unleashed: Selling for Geniuses, Do Eagles Just Wing It?, and the upcoming Clear Conduct, due to be published later this year.

Growing up in Chicago and attending Illinois Wesleyan University studying business, Chip was a “corporate gypsy” fresh out of college. He bounced around from Chicago, Atlanta, Charlotte, back to Atlanta, Tampa and finally settled in Los Angeles. Chip served as a lobbyist for Browning-Ferris Industries (BFI) for 10 years. During his tenure, he tackled numerous local leadership positions, including Chairman of the Los Angeles County Quality and Productivity Commission; helmed projects and served on boards for the Boy Scouts, Red Cross, YMCA, and more; and founded key initiatives, such as the South Bay Business Environmental Coalition. As a lobbyist, he most admired the people who started their businesses — people who risked it all.

When BFI laid off 1,200 employees in one week in 1998 and included Chip’s position in the cuts, he saw wide-open opportunity. It really wasn’t scary. It was exhilarating. He and his wife, Chris, realized it was a chance to do what they truly wanted: return to the beautiful Carolinas. So they did.

In Charlotte, Chip left corporate America behind and launched his own firm. He dug into his beloved community, contributed to local outlets including Greater Charlotte Biz Magazine and the Charlotte Business Journal, and actively supported key enterprises, such as the North Carolina Institute of Political Leadership, for which he had served as a board member, fellow, and faculty. As Scholz and Associates took off, Chip began to experience entrepreneurial learning curves and gritty realities.

His collective experiences shape his coaching philosophy, which can be summarized in five words: context, clarity, conditioning, choice, and character.

Get the Scholz Newsletter

Get The White Paper

CHARACTER – Simply put, we push you to walk the talk.

Many believe character in a leader is either present or absent. In reality, every leader typically has the makings of a great character; they just need awareness around their strengths and the areas they would like to develop. The Scholz and Associates team will work with you to reinforce each of the principles you’ve learned and put a plan of action into place. Then, we’ll coach you on how to use your character to drive that forward, with a people-first mindset.

The 5 Principles of Leadership: Choice

CHOICE – Do we take the time to choose what we are going to do?

When moving toward purpose in your life – like becoming happy or achieving financial freedom – these pursuits often are ongoing.

The Scholz and Associates team use the WAYPOINT principle. It is a way of charting your course for a change in direction. Working together, we will help you determine what choices you need to make in order to change your situation. What are the possible outcomes? This helps you not only define what you want, but also identify boundaries and pinpoint what is actionable.

The 5 Principles of Leadership: Conditioning

Conditioning – Can you change your mind?

Knowing where we are and what we want are only the first steps. How do we change our minds?

If we want to change our outcomes, we need to think in different ways. Thinking differently drives different behaviors. Scholz and Associates works with you to structure your mindset for success. Changing your mind begins with how you speak to yourself. From thermals to connecting your goals with positive emotions and energy, your self talk will pave the way toward transformation in your leadership and in your business.

The 5 Principles of Leadership: Clarity

CLARITY – What is it that you want?

Simply put, clarity is knowing what you want. Not in the “I want pizza” kind of way, but deep down, where it counts. Most people don’t know what they’re working towards in their lives. Leaders often don’t as well. It all starts with the definition of success.

Whenever we ask about a leader’s definition of success, it’s never a big house or a fancy car. It’s usually things like happiness, financial freedom, spiritual awareness or other lifelong pursuits. Scholz and Associates helps you define what you want to achieve, see, experience, do and become. We help you find it, then structure our coaching around getting you there.

The 5 Principles of Leadership: Context

Scholz and Associates takes a deep look at you, your environment and the people you surround yourself with.   We help you understand your behaviors, motivations and thought patterns.  We also help you with an environmental scan of the factors surrounding you.  This provides a situational analysis that guides your awareness of opportunities and challenges available to you.  It sets the framework for ways to strengthen your leadership.